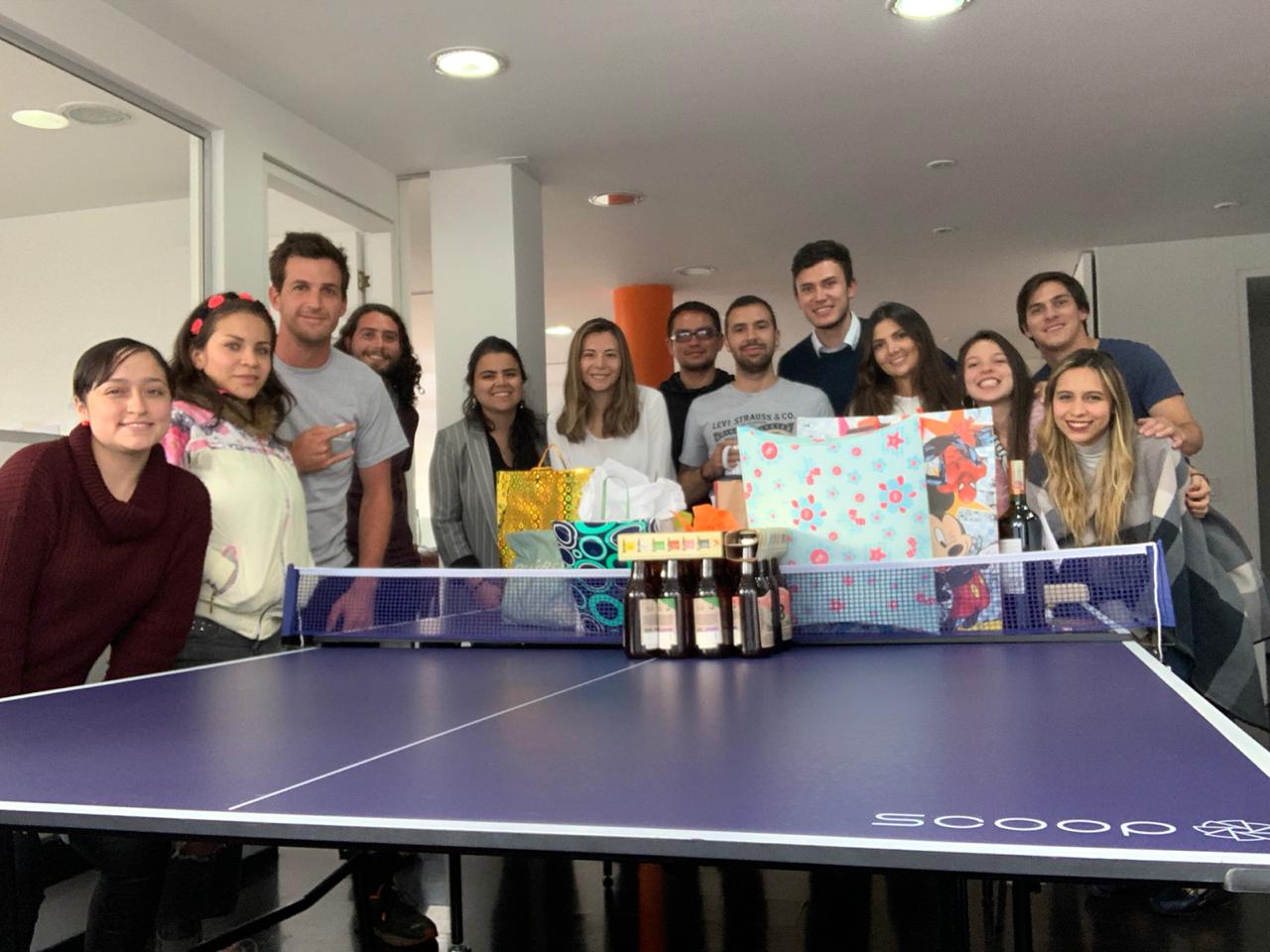 A few days ago I was reflecting about the sentence "Go to your happy place". It's supposed to be some place you go to in your imagination when you close your eyes to the rest of the world, just when you don't want to take a little bit more of it, and instead of losing your mind you close your eyes and go somewhere else.

Or at least that's how I think that's supposed to work, since I haven't really felt the need to take a mind trip over there in a while.

It's been long overdue for me to write some closing thoughts about my previous entrepreneurship at Savy, after all, it was over so quickly and unceremoniously that there never was a good time for it. Then life happened, COVID kept going strong and... I just never got around to it. Until a timely apple algorithm decided, last week, to show me the cover picture on this post.

The thing that hit me the most about it, is how blissfully happy everyone looks in it. I know, it's a picture. You are supposed to smile. But there's something genuine about it that captured the joy of that particular moment, present in the air and on everyone's face when the picture was taken.

Because, in spite of all the challenges we faced, for the most part I believe that's the environment we lived in.

And that's what finally motivated me to write this piece: For nearly three years, I had the privilege of living in my happy place. That's what it always felt like, no matter how difficult things where, if a project was out of track, if the numbers weren't meeting our expectations, or even when I felt I had to let someone go from the team (which fucking sucks), I didn't feel like closing my eyes and going somewhere else. Not. Even. Once.

Unfortunately, everything must come to an end and 2020 was quite ruthless at ending things abruptly. Going back to the picture that prompted this post, I cannot predict the future but I do hope, sincerely, that everyone from the picture (and from our team) finds themselves, once again, in kind of environment. That once again, we get to experience this electric feeling of being surrounded by a team that's so much more than the sum of it's parts and that we're able to hold on to it for a bit longer than we were able to.

I'm incredibly lucky for having had that opportunity and I'm even more thankful to all the people that took part in those feelings and experiences. I loved being part of that team and having a small part in creating something that brought joy and happiness to the world and lives of many people.

To everyone in that picture (and the ones that aren't, you know who you are), for having shared this experience with me.

To my cofounders, for putting up with me during all these years.

Thank you for being part of my happy place.

And to my family, friends and girlfriend who dealt with my absence during the longest hours I've ever worked.

P.S. Some other memories

Allow me, for posterity, to share some other moments that come to memory from looking at this picture:

So many more... I'm sorry if I missed some important ones, I might keep adding to the list just for the sake of memory.